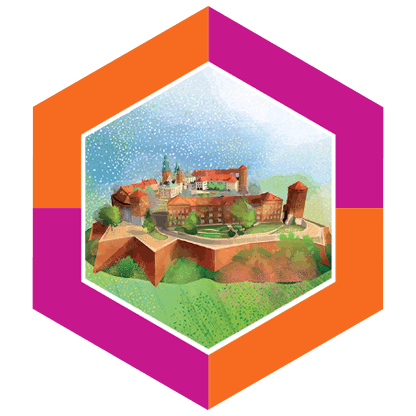 Wawel. The hill by the bend in the river reaches 228m asl and provides the foundation for the Royal Castle and the Cathedral Church of St Wenceslaus and St Stanisław. The place is inextricably bound to Kraków as well as the history of the whole country, almost from its beginnings. Clearly people had lived here even earlier, as the oldest traces of settlement in Wawel date back to Palaeolithic times: around 100,000 years ago. In our era, it is believed to have been inhabited by the Celts, then came the legendary King Krak who ruled over the Vistulan state. Late in the 10th century, the fortified settlements and the whole of Małopolska shrugged off Bohemian rule and welcomed the Piast dynasty. The first cathedral was built in 1000, and when Prince Casimir the Restorer sought a new capital for himself after his Gniezno city was destroyed, he opted for Wawel. This is where the king resided from that time until 1609, when King Sigismund III Vasa moved his court to Warsaw. Its presence resulted in the nearly continuous reconstruction of the castle and the cathedral by a succession of the best architects, especially in the 16th c. when the castle’s courtyard received Renaissance arcades and the Sigismund Chapel was appended to the Cathedral. However, from the mid-17th c. the castle began to fall into disrepair, and after the 3rd Partitioning of Poland in 1795 it was turned into military barracks. In the mid-19th century the whole hill, together with the new building of the Austrian military hospital, became the citadel of the Kraków Fortress. Finally, on the order of Emperor Franz Joseph the army vacated the castle in 1905. Long lasting conservation works began and continued after Poland regained independence in 1918. During the Second World War it was the seat of Hans Frank, the German Governor-General. After the war, the castle was turned into a museum, a function it holds to this day. The royal chambers and private apartments, treasury, and armoury are open to visitors and in the cathedral belfry you can touch the clapper of Poland’s famous Sigismund bell, which, they say, makes your wishes come true. In the cathedral vaults you can find the tombs of almost all the Polish rulers since Ladislaus the Elbow High. Resting there are also the poets Adam Mickiewicz and Juliusz Słowacki, and military leaders Tadeusz Kościuszko and Józef Piłsudski. The treasuries of the castle and the Cathedral include the Notched Sword used by Polish kings coronations since the 14th c.