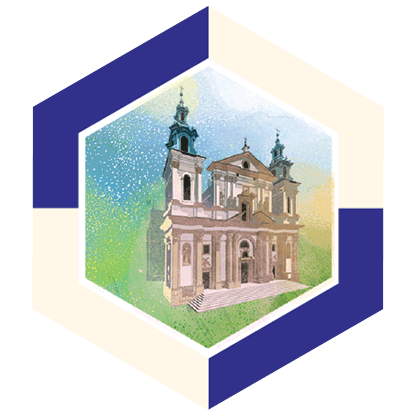 St Anne’s Church is one of the most beautiful churches in the centre of Kraków. First mentioned in the 14th c. as a wooden church, it burnt down in 1407 and King Ladislaus Jagiełło had it quickly rebuilt as Gothic. St Anne’s was strongly connected to the Kraków University nearly from its earliest days, and today this is where the academic year is inaugurated. A professor of the Jagiellonian, John Cantius – now saint – was buried here in 1473. Over time the Gothic church became too small for the congregation, who now included pilgrims arriving at the grave of the saint, and the building was demolished in 1689 to be replaced by the baroque version that we can admire today. Unlike the modest exterior composed into the street face, its interior is lavishly decorated, i.a. with magnificent stucco decorations by Baldassare Fontana and paintings by Italian masters.