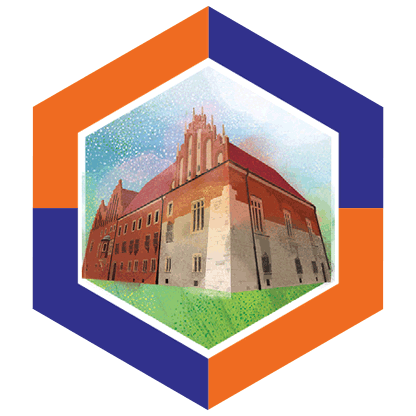 Collegium Maius is the oldest preserved building of the Jagiellonian University and the oldest academic building in Poland. The Kraków University was established by King Casimir the Great in 1364, originally on Wawel Hill. When Ladislaus Jagiełło refounded it in 1400 as instructed by the last will of his deceased wife, Jadwiga, he purchased the building on the corner of today’s ul. św. Anny and ul. Jagiellońska. The building gradually expanded, acquiring its final shape and the arcades around the quadrangle after the fire of 1492. After the Second World War, when it was already a museum, it was comprehensively renovated to the vision of its long-term director, Professor Karol Estreicher. For centuries, the lecture halls were on the ground floor, and the Library, the Treasury, and the Professors’ Common Room were upstairs. This is also where the professors lived and the Jagiellonian Library operated until 1939. The clock in the quadrangle was installed in 2000; it has moving figures and plays a 16th-c. melody and the university’s anthem. The benches among the trees in the adjacent Professors’ Garden provide an opportunity for a brief rest from sightseeing. Crucial events for Kraków’s academic life still take place in Collegium Maius.