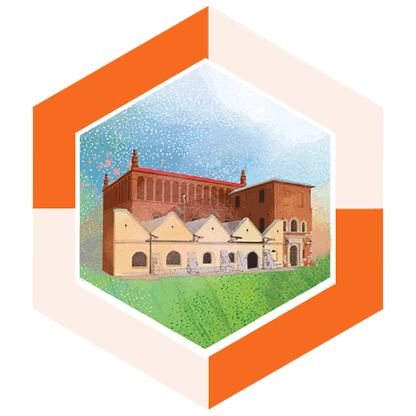 The Old Synagogue (Alte Shul) is Poland’s oldest surviving synagogue, as it was built in the 15th c. It is a testament to the many centuries that the Jewish community has been present in Kraków. It stands in Kazimierz, at the narrower end of ul. Szeroka. Originally Gothic, it was remodelled in the Renaissance style by Italian architect Mateo Gucci in the late 16th c. and was the centre of religious and cultural life of the Jewish community in Kraków until the turmoil of the Second World War. Despite the damage, the synagogue survived and after renovation was turned into a branch of the Kraków Museum. Since 1958 it has been devoted to the material heritage of the Jewish community. Preserved within it are elements of the former furnishing and decoration, including polychrome murals. The Old Synagogue is certainly one of the most precious examples of sacred Jewish architecture preserved in Europe. The terraced stairs at its front have provided the stage for the closing concert of the Jewish Culture Festival organised in Kazimierz since 1988.