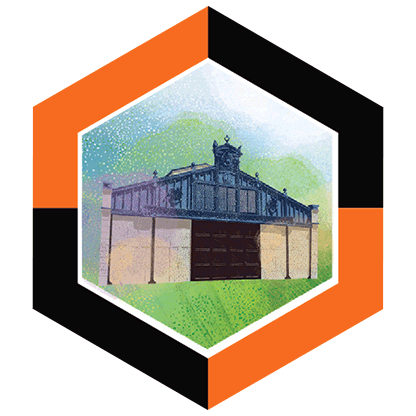 Museum of Municipal Engineering and Tram Depot The tram depot on ul. św. Wawrzyńca saw generations of Kraków tram drivers arrive to work, and today is the HQ of one of Kraków’s most original museums. The first stock rolled out into the city’s streets in 1882, with the horse-drawn trams going from the railway station, via St Florian’s Gate and the Main Market Square to (the now non-extant) Podgórski Bridge. It was only in 1900 that this and other tramway lines were electrified. The Kraków tram depot was at the crossing of ul. św. Wawrzyńca and ul. Gazowa from the start and this was also the headquarters of the management and administration. With the development of tram and bus transport, successive halls were added in 1900, 1912, and by 1928 it was a unique complex of 10 buildings catering to municipal transport. The museum opened here after a renovation in the late 20th c. One of the halls now houses a collection of tram cars that Kraków’s commuters have used over the last 100 years, and the museum documents the history of Polish motorisation from the early to the late 20th c.