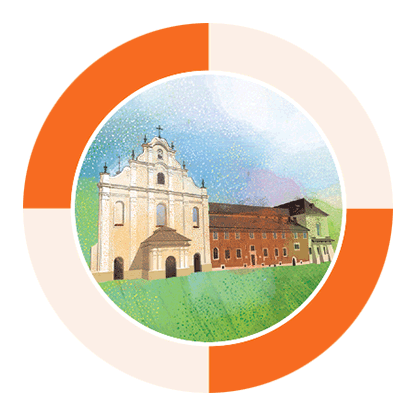 Abbey in Mogiła. A medieval monastic compound on the edge of today’s Nowa Huta. Its beginnings lie in the 13th century, when the Bishop of Kraków Iwo Odrowąż introduced Cistercians to the village who started to build the Church of St Wenceslaus. The brick church has decorative elements and stone architectural detail. The interior has Renaissance polychrome murals by Stanisław Samostrzelnik. The monastery boasts a charming cloister from the 14th century, also decorated with murals. What is known as the New Abbott’s Palace from the latter half of the 16th c. is considered one of the best preserved Renaissance buildings in Kraków. Standing on the other side of the street is the Church of St Bartholomew from the 15th century, one of the oldest wooden churches in Poland.