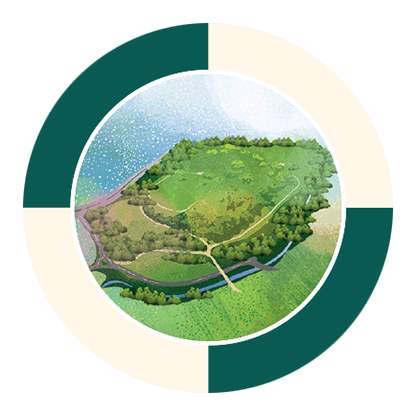 The White Seas (Białe Morza) is the name used for the waste beds remaining after the Solvay Works, located between the districts of Kurdwanów, Łagiewniki, and Borek Fałęcki. The name comes from the white colour of the by-products after the limestone extracted from Zakrzówek went through the Solvay ammonia-soda process. Covering dozens of hectares, these white dunes have become a permanent element that is ever harder to discern from the natural landscape. Their eastern part, past the John Paul II Centre, was turned into a large expanse of greenery that is exceptionally precious for the people living in the concrete jungles arising all around.