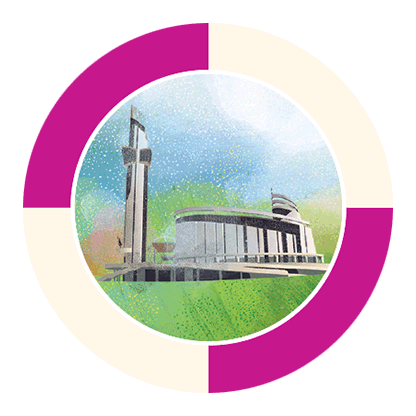 Sanctuary of Divine Mercy and the John Paul II Centre. This complex of two new sanctuaries is a very important point on the map of Łagiewniki. The history of the former began with St Faustina Kowalska, a nun and mystic who lived here. She recorded her spiritual experiences in The Little Diary thanks to which the devotion to Divine Mercy in the Catholic Church developed. Guided by her, Eugeniusz Kazimirowski made a painting known as Jesus, I trust in You, although it best known version is a work by Adolf Hyła. The dynamic development of the devotion and the sanctuary, sped up by the beatification and canonisation of Faustina, forced the expansion of the sanctuary. It was consecrated by John Paul II during his pilgrimage to Poland in 2002. Its characteristic shape with its tower is now one of the symbols of the sanctuary. The second sanctuary, devoted to Pope John Paul II, was opened nearby by Cardinal Stanisław Dziwisz in 2011.