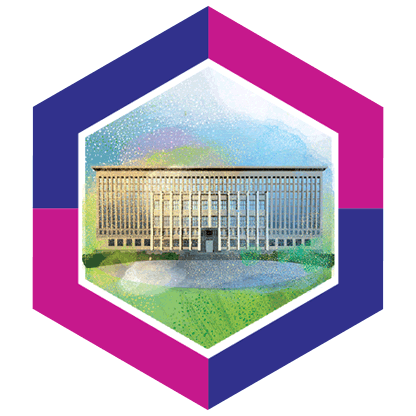 The Jagiellonian Library standing in Aleje Trzech Wieszczów is certainly one of the main libraries in Poland. It holds over 8000 books, prints, and manuscripts, including many that are ancient and rare, e.g. the first edition of Adam Mickiewicz’s Pan Tadeusz, the oldest text of the first Polish anthem Bogurodzica, and the manuscript of Nicolaus Copernicus’s On the Revolutions of the Celestial Spheres. From its founding in the 14th c., from the time of King Casimir the Great it has been inseparably joined to the Jagiellonian University. The competition for the design of its new headquarters (1929) was won by Wacław Krzyżanowski who applied state-of-the-art techniques and made use of symbols: the façade brings to mind bookshelves, and the interior – a palace or temple of knowledge. As the collection developed intensively after the war, the building has already been extended twice.