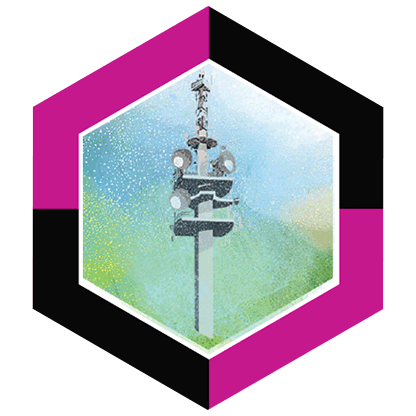 Telewizja Kraków is one of the most beautifully situated branches of Polish TV. It stands atop Krzemionki Hill overlooking Bednarski Park and commands a beautiful panorama of the city. It started broadcasting (initially only live) in 1961, with the Kronika local news that has aired since 1966. The TV centre opened in 1968 in premises that replaced a bygone fort and from funds raised by a civic committee. The most characteristic element of the complex is the concrete radio and TV tower that rises 62.5m on a hill of 244m asl. Its slender form overlooks the district, shooting up over the surrounding tree canopy.