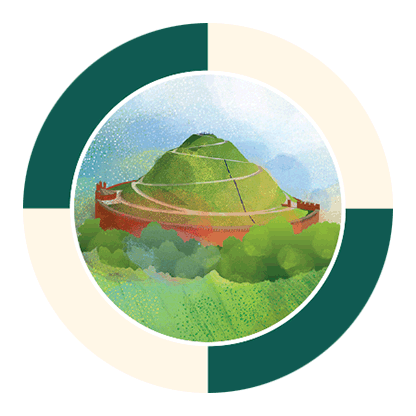 Sikornik is a hill in the eastern section of the Sowiniec Range and is also known as the Hill of Blessed Bronisława. The nuns from the Premonstratensian Order marked the place she allegedly had her hermitage, and had a baroque chapel devoted to Blessed Bronisława built here in 1702. Destroyed in the mid-19th c. for the construction of Austrian fortifications, it was later rebuilt in the neo-Gothic style. In 1820–23, a 34-metre-high mound in honour of Tadeusz Kościuszko (d. 1817) was raised here using soil from the battlefields of the Kościuszko Uprising and places were the Pole fought for the independence of the United States. The museum in the fort organises exhibitions connected to the life and achievements of the Polish and American hero.