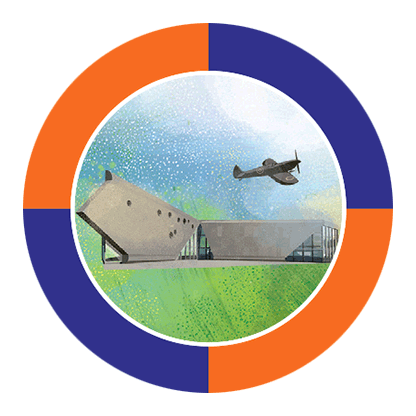 Polish Aviation Museum is one of the most attractive and unique Kraków museums. It operates on the Rakowice-Czyżyny former military airfield that was built for the Austro-Hungarian army in 1912. Expanded during the Second Republic of Poland, it was Poland’s second largest airport. After being destroyed during the campaign of September 1939, it was later used by the Luftwaffe. Polish aircraft returned here after the war and the airfield operated until 1963 when the museum opened.

The planes standing here are both Polish and foreign. Most precious are those from the first and second world wars and they include a Spitfire LF Mk.XVIE and the only remaining preserved Polish fighter plane from September 1939; the PZL P-11c. There is also a row of Soviet MiGs and their Polish versions with a curio: a PZL M-15 Belphegor, a jet biplane used in agriculture. The annual aerial picnic in June attracts crowds of fans and reconstruction groups.