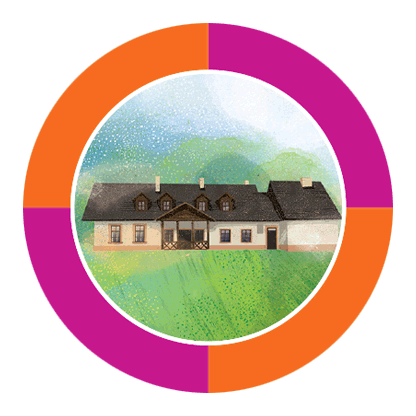 Jan Matejko’s Manor House in Krzesławice. Halfway between the steelworks and the Central Square of Nowa Huta lies the former village of Krzesławice. Situated in its small, quiet park is the manor house that the painter Jan Matejko bought in 1876 with the proceeds from his Bathory at Pskov painting. He expanded it and added his studio. Until his death, Matejko would spend most of the year here, painting.

The last owner decided to bequeath it to the Kraków Fine Arts Society that now manages it as a museum devoted to the artist.