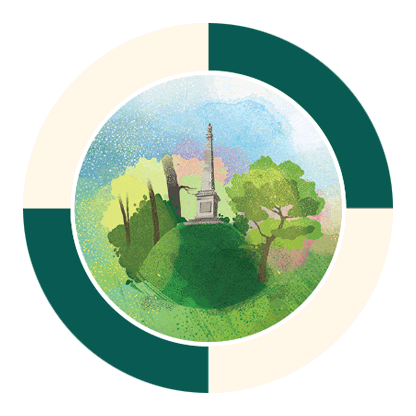 The Evangelical Cemetery in Łuczanowice, a settlement in the east of Kraków that joined the city in 1973, is evidence of the city’s multicultural and multidenominational past. In the 16th c. it had the church and cemetery of the Polish Brethren (Arians) that operated until they were banished from Poland. Later, Kraków’s Calvinists met in the grave chapel of the Żeleński family. In 1787, Marcjan Żeleński built a four-metre mound with a new chapel in the cemetery. The Arian Mound was called “Luther’s mound” by the locals. The sandstone obelisk at its top carries the family coat of arms.

As the Calvinist community in Kraków gradually disappeared, the cemetery, with its 18th- and 19th-c. tombs fell into ruin. In 1938 it was taken over by the local Evangelical-Augsburg community that now cares for it. After 1989, the historical tombs were tidied up and restored, and the ecumenical service held here every September gather not only Kraków’s Lutherans, but also representatives of other denominations.