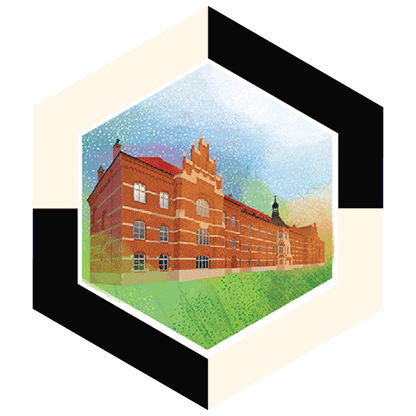 Hospital of the Fatebenefratelli or theBrothers Hospitallers of St John of God on ul. Trynitarska is the oldest extant Kraków hospital. Its history reaches back to 1609 when a burgher, Walerian Montelupi, founded a hospital where ul. św. Jana and ul. św. Marka cross. In 1812, the Order received an abandoned monastery, garden, and Church of the Holy Trinity of the Trinitarian Order and moved into the premises. Its heyday began in 1891, with the election of Fr Laetus Bernatek as prior. A pharmacist by education, he had a new hospital built. Partially funded by donations, it was designed by the famous architect Teodor Talowski with central heating, hot running water, and electric lighting, making it one of the most modern hospitals in Galicia. Taken over by the state after the war, the hospital returned to the Order in 1997, thus becoming the first non-state owned hospital in Poland. The foot and cycle bridge connecting Kazimierz to Podgórze, just yards from the hospital, was named after Fr Bernatek.