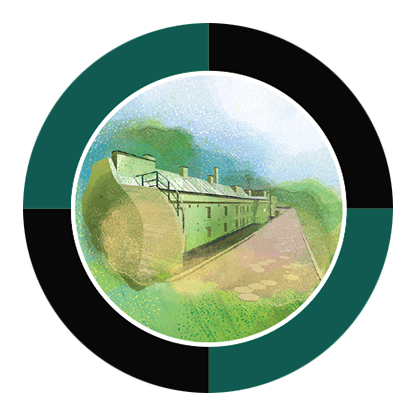 Fort Swoszowice is one of the best preserved elements of the outer ring of the Kraków Fortress. Built in 1897–98 to guard the road between Swoszowice and Wróblowice, the design, a two-level artillery fort with four metal turrets with cannons, was very modern for the time. At the outbreak of the First World War it had a crew of 130, including three officers. The civic museum of military affairs opened here in 2013 and now houses a large collection of militaria and exhibits connected to the history of the Kraków Fortress.