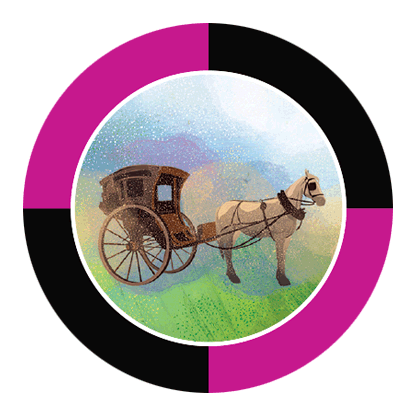 The Park of the Enchanted Cab is a small park in the Prądnik Czerwony district and has its origins in the 15th century as a grange of the Dominican Order. The name makes a reference to Jan Kaczara, a Kraków coachman, who was known for wearing a distinctive bowler hat that was soon replicated by his colleagues. Kaczara was made famous in The Enchanted Cab, a poem by his frequent passenger, Konstanty Ildefons Gałczyński. After the adjacent street was named after the coachman, the charming park received the name of his vehicle.