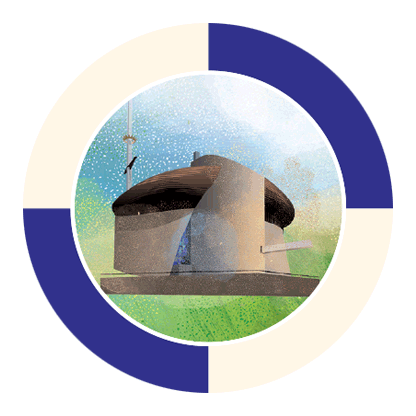 Ark of the Lord in the Bieńczyce district stands in a street named, literally, “the defenders of the cross”. Officially devoted to Our Lady Queen of Poland, its shape makes a reference to Noah’s Ark, or Le Corbusier’s Ronchamp Chapel. The tabernacle includes a stone from the Moon presented to Pope Paul VI by the crew of Apollo 11.

The communists intended Nowa Huta to be a city without God, and consequently without a church, but its inhabitants soon started demanding one and the powers-that-be eventually had acquiesce. The construction lasted for 10 years until 1977, and the church was consecrated by Cardinal Karol Wojtyła, later Pope John Paul II. In the 1980s, it was a mainstay for the clandestine Solidarity trade union.